You do not always need to buy new parts for your car. Just check your local wrecker. 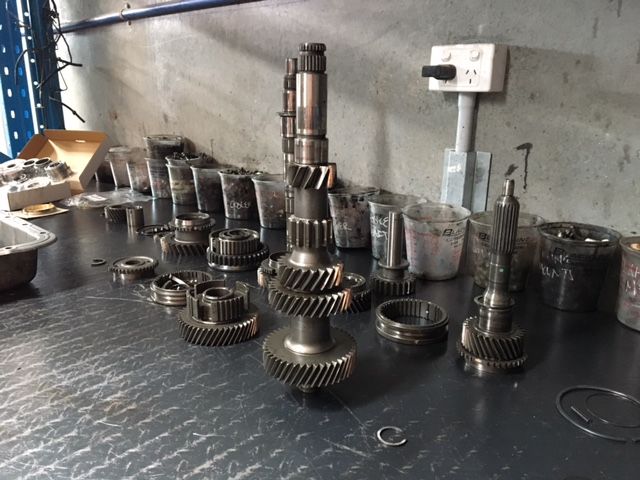 It wasn't until I received the bill that I knew I had made the wrong decision.

I bought my 2007 Toyota Hilux from an online car dealership in 2012. With a black exterior and a cream interior, the name Beauty was an instant fit. She was a dream come true, until one day.

Cars break down all the time, but I never thought it would happen to Beauty. We'd been together for seven years when it did. Her check engine light flicked on, and suddenly we had rolled to a stop.

"Just fix my baby!" I'd do anything to fix her, pay anything, I explained to the mechanic.  Two weeks later, when I received the bill, I regretted every single word that came out of my mouth. It was $4000 to replace and install a new gearbox.

When my friend's car had the same problem, he came up with another solution - used parts from a car wrecker. Within a week his ute was back on the road after only costing him $3000 to purchase a gearbox and have it installed. He even got a six-month warranty from the wrecker.

Never again will I purchase new parts when I can save so much by doing a little extra work myself.

The most noteworthy aspect of buying used parts from a wrecker is the amount of money saved. Money makes the world go around, and the more money you have in your pocket, the better your world runs.

At a car wrecker, sometimes you can snap up authentic parts for less than half the price of new parts. What a bargain! Remember to compare prices at a range of wreckers to ensure you get the best deal.

When your used parts have been responsibly cleaned and maintained, they should last just as long as new parts. Inspect the parts yourself and do as much personal research as possible, so you know you're purchasing good quality products. You don't want to spend all that extra time digging through second-hand parts just to be disappointed.

Fewer finite resources are used by recycling old parts. It generates lesser demand for new parts, which in turn protects our environment for future generations. 80% of your car can be recycled. Be part of the movement, and feel good about yourself knowing you're helping protect the future.

Many car wreckers include a warranty on their parts. On the off-chance your second-hand part isn't as reliable as you'd hoped, return to your wreckers and discuss the warranty program. Rest easy knowing you're covered if things don't go as planned.

Competition in the Australian parts market

Nothing beats the feeling of getting a better deal. Everyone needs car parts, and recycling old parts means demand for new parts decreases. This generates competition between car wreckers and dealerships and the cost of car parts drops as a result. That's a win for the people!

Don't get stuck with an avoidable, massive bill. Give back to society while pocketing the savings at your local car wrecker next time you need spare parts. You never know what you might find!