Which Toyota HiLux is best? 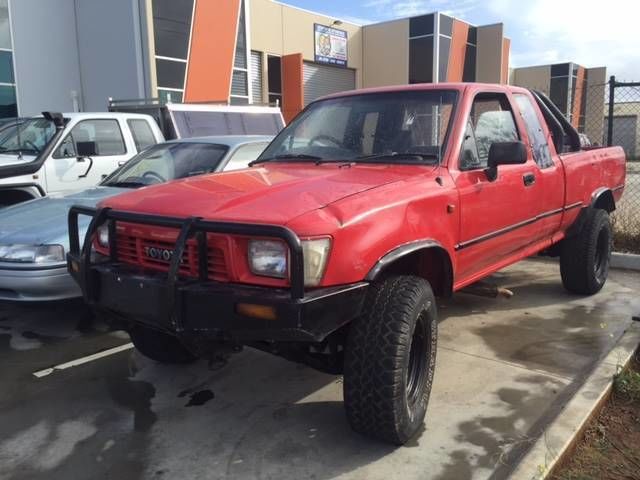 For years, the top-selling ute in Australia has been the Toyota HiLux. With its power, size, style and convenience, it’s no wonder the HiLux has consistently beaten the competition in the sales stakes. Equally perfect for both the everyday person and jacks-of-all-trades, this is a ute that is seemingly unbeatable. Toyota has been super consistent in building the perfect ute for the tradies of Australia.

However, the huge amount of models and additional options to consider when purchasing a Toyota HiLux can be pretty intimidating. Single-cab, double-cab, extra-cab? Two-wheel drive or four-wheel drive? And, obviously choosing between a manual or automatic transmission for your HiLux engine.

These choices between additional options may seem pretty obvious to you, but choosing between models can be less obvious.

Looking at all of those models, it can get pretty tough to choose. So, of all of the HiLux models out there, is there one that shines brighter than the others? Works harder, plays harder and performs harder?

You bet there is.

While all models of the Toyota HiLuxs are great, there is a model that seems to be on top of the ratings this year.

According to Cars Guide, the 2019 SR is good enough to get a strong 4/5 rating for both the daily driver and the tradie, making it a great all-rounder. And Car Advice agrees, giving the SR a 7.8/10 rating and calling the HiLux SR, Toyota’s “all-round best.”

So what’s all the fuss about the SR?

Like all HiLuxs, the SR is the perfect all-rounder for all of your work and play adventures. Whether you’re lugging around stuff for work or loading camping gear in the tray for an off-road weekend away, the HiLux has you covered.

So, yes like all of the HiLuxs, the SR is a reliable all-rounder, but the differences start when you check the specifications.

The SR boasts both great fuel economy (7.3L/100km) and great power (up to 130kW), making it truly the all-rounder of all-rounders. The fuel economy puts it on par with the less powerful Toyota HiLux Workmate, while the high-level of power is the same as all of the HiLux models offered above it.

Plus, whether new or used, it is one of the most cost-effective HiLuxs - without sacrificing power or fuel economy.

The 2019 version of the SR has undergone some additional upgrades to ensure it’s at the forefront for fuel economy and emissions, to make sure your HiLux is utterly modern.

Basically, if you are looking for a HiLux that is a perfect option for both on-road and off-road driving, reliable and cost-effective there’s no way you can go past the Toyota HiLux SR.

I mean, flaunting the same amount of power as all of the more expensive models, for a much better fuel economy and a much better price sounds pretty good to me.