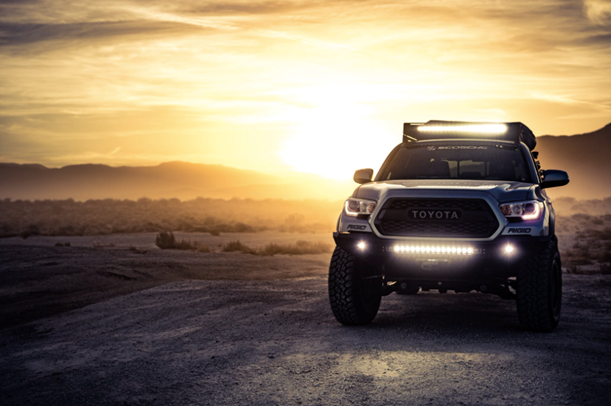 As it enters its eighth-generation, the Toyota Hilux is increasingly becoming known as one of the toughest and most dependable dual-cab Utes. Along with having fantastic safety features, it has a pleasant interior, along with error-free steering.

Moreover, the Toyota Hilux has great suspension and a built-in infotainment system. Car's Guide claims that it is the most famous car in Queensland, Western Australia, and Northern Territory. Its sturdy exterior, amazing off-road skills, and luring charm making this muscular car best suited for Australia's exciting, adventurous life. It's no surprise that it is one of the best utes in the country!

The Toyota Hilux was built with the aims, strength, and rigour in mind. Even though the car's exterior is tough, it is still one of the classiest cars to fall into the luxury category. The best thing about the Toyota Hilux? It is not a high maintenance car, and its parts are easily available!

With the help of rear-view cameras, reversing has been made easy and convenient. We all know that backing into tight spots can make your driving experience horrible. However, the Toyota Hilux provides a table-style touch screen control panel that allows users to take advantage of different functions, including cruise control.

It is no surprise that as a ute, the Toyota Hilux is a spacious car. You can find multiple pockets and compartments in it that can be used to hold essential tools and equipment. The SR5 comes with overhead luggage compartments, giving users enough storage space.

The Toyota Hilux is a capable off-roader and has all the abilities to ensure a smooth journey as it absorbs bumps and potholes with ease. You would think that a bulky car such as the Toyota Hilux would not function well in an urban setting. However, it is an elegant drive, even for small city streets. As an off-roader should, this car is powered by a 2.8-litre turbo diesel engine, giving it enough power to undertake all your travels. Regardless of what it goes through, the engine does not disappoint. What's more, is that the Toyota Hilux has a clean safety record.

Let's not forget that despite everything, the Hilux is a complex modern machine, aiming to bring advancements to its users. To ensure a smooth drive, the six-speed auto-shift function comes in handy. The steering, despite it being a magnificently rugged car with tons of energy, is remarkable. Even though over the years, the Toyota Hilux has seen a number of contemporary modifications, it still remains a conventional, macho car that is a point of pride for Australian users. In fact, Australia's Best Cars presented the new Hilux SR5, the country's best dual Cab 4x4 award.