Why Is the Toyota Hilux So Popular Within the Trades Industry? 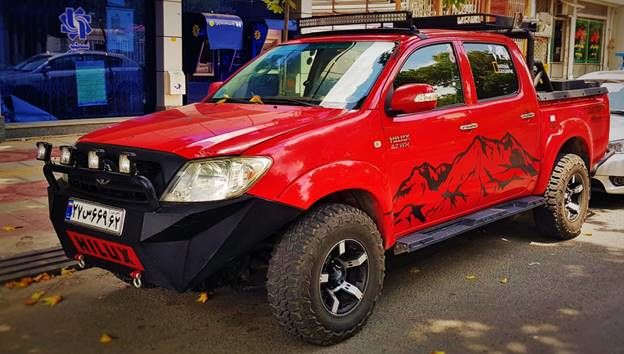 The popularity of any car depends on its sales. Even if Hilux decides to form its own company while splitting away from Toyota, it would still be one of the most popular and largest automotive brands in Australia. The Toyota Hilux has the potential to gain more customers than Honda and Subaru can ever make.

The reason behind Toyota Hilux's popularity was explained by the CEO, Mathew Gallacher. He said that the car is designed for adventure and is capable of handling adventurous rides while offering a comfortable and safe experience at the same time. Despite having so many options, Hilux still stands to be the very best. Why? Let's find out!

Reasons for Toyota Hilux's Popularity within the Trades Industry

The Toyota Hilux is famous for its diesel engine and comes with a 2.4 litres turbocharged diesel. You also have an option to get 2.8 instead of 2.4. The old models of this car have covered over 300,000 KM on its original gearbox and engine. A farmer located in Denmark covered over 620,000 KM in this car in 2001.

The car is famous for its reliability, which is well-deserved. The marketing strategy revolved around boasting about its sturdy, unbreakable exterior. You can also enjoy ladder-rail and heavy features in the car, which allow it to handle difficult roads and heavy loads. Also, Toyota Hilux has got durable Top Gear that makes it standard.

The cost of running the car is very reasonable. For instance, if you drive your car for five years and cover 15,000 KM, the total maintenance cost will be $240 for the initial six services. The rival car, Ford Ranger, will charge up to $375 for the first year and around $550 for the second year. Thus, the low cost of service and maintenance, along with on-road cost, depreciation, and insurance, can make a huge impact.

There are different types of trims available according to the needs of the owner, but Toyota Hilux is usually the one that suits everyone. The car can be bought with a tray, as a King cab, or as a double-cab pickup, which makes it perfect and ideal for every trip. Toyota Hilux offers every feature that adventure lovers are looking for and is well-designed to carry heavy equipment.

Hilux still continues to be Australia's best-selling and most popular vehicle. The manufacturers are confident that the car will only continue to rise in the trades industry as it has an emotional bonding with the customers.